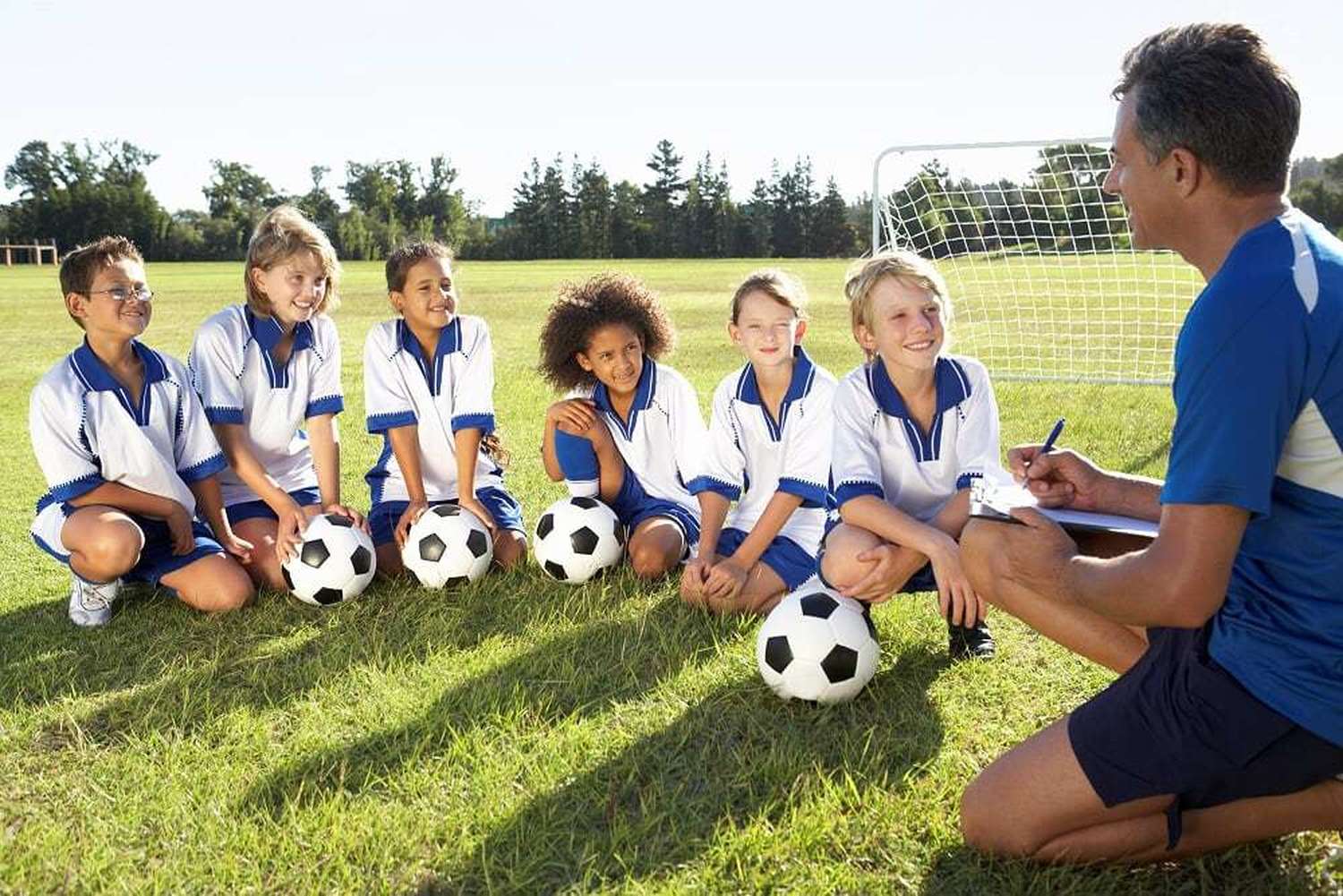 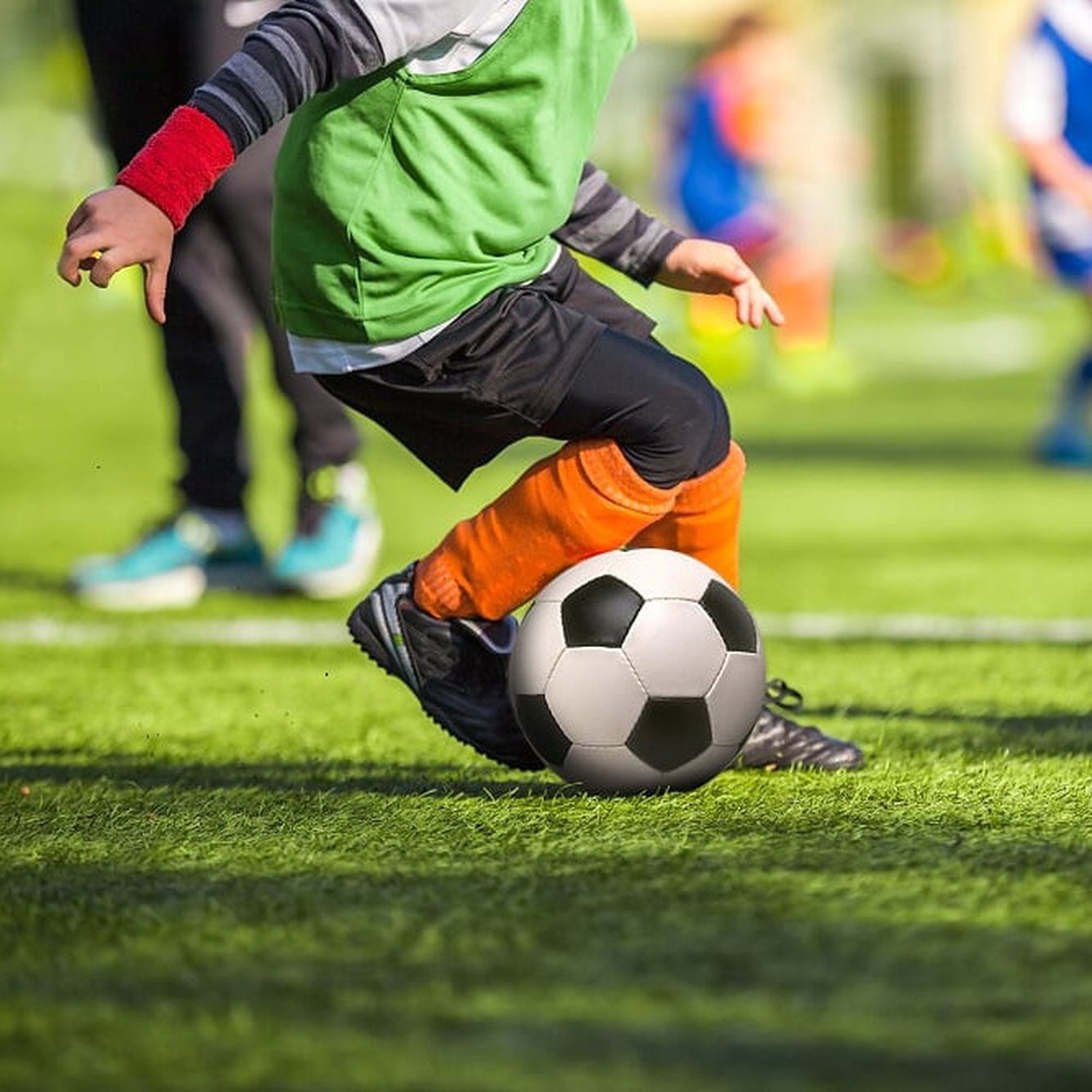 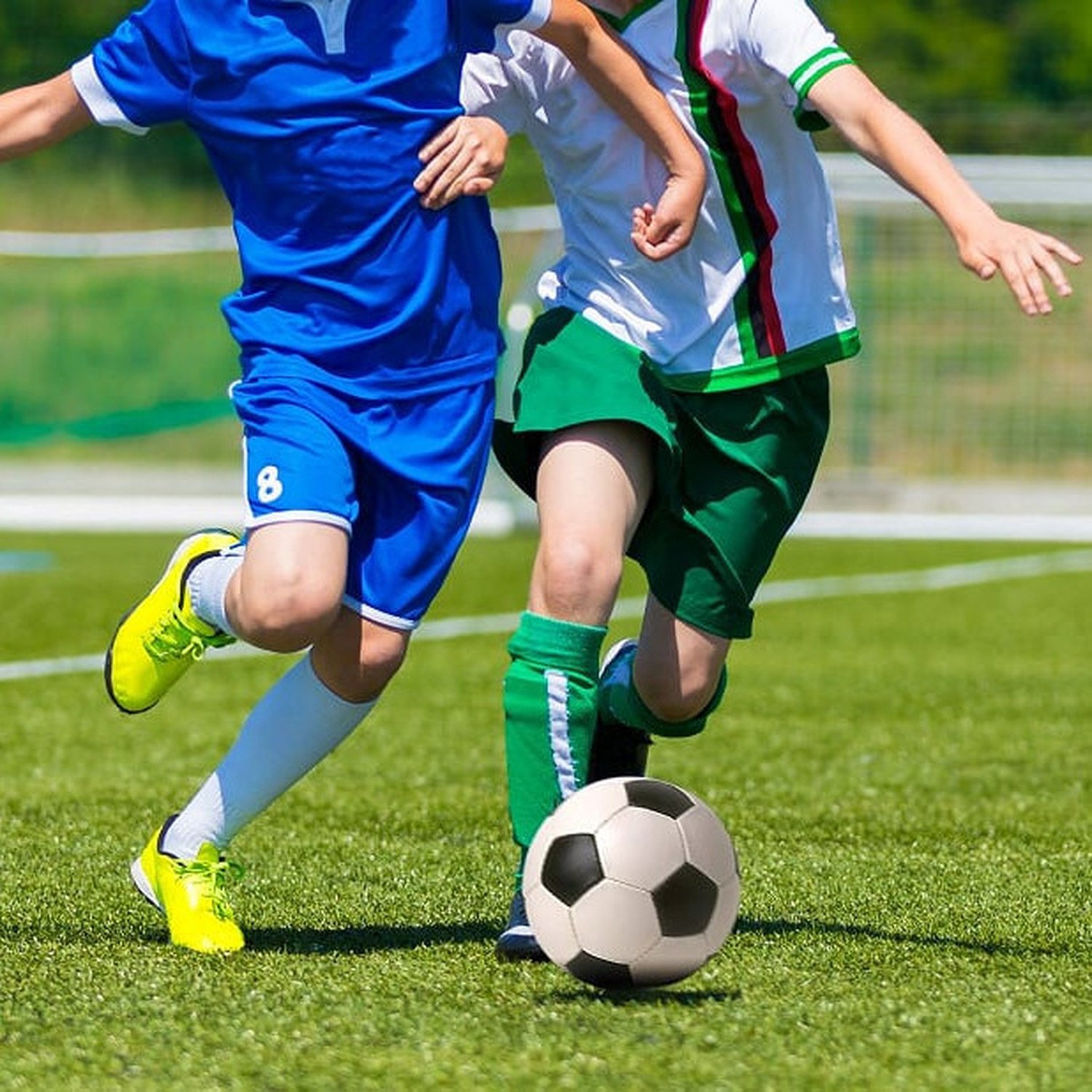 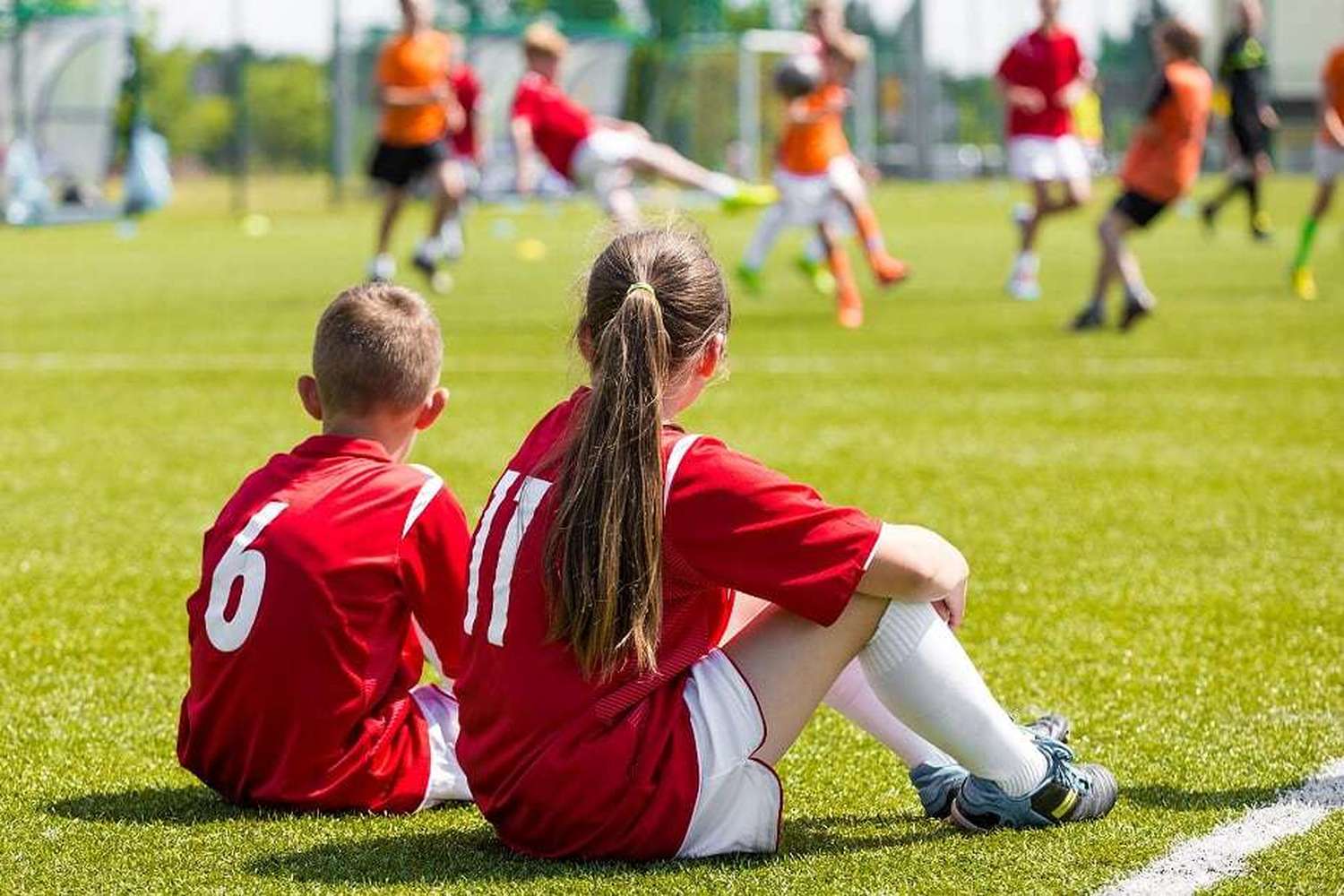 It has never been the primary objective of The Vale to produce professional footballers; over the years we have provided District Association standard football so that young boys (we are still awaiting the first girl to make a final squad) develop not only their skills and attitude on the pitch but also develop them as an individual.

Since September 1980, over 400 boys have represented The Vale, the early squads dining out at The Witch’s Kitchen during our Easter Tour to North Wales and Chester. In the season 1980-81 The Vale played an outstanding Deeside team which included Gary Speed.

There are numerous players involved in local Sunday League teams, including :

The following have played in the North Berks League:

Playing in the Witney & District League:

The following have played in the Oxfordshire Senior League:

The following have played in the Hellenic League:

A special mention should be made in respect of Wantage Town, who in 2010-11 won the Hellenic Premier Division for the first time and 11 Ex -Vale players helped achieve that feat. They were managed by Andrew Wallbridge (’83-5), who also played in some matches, and the following players:-

Wantage Town won the Hellenic Premier Division again in 2013-14 and again there were a number of ex-Vale players in the squad. The Club this time achieved promotion to the Southern league Division 1, South & West and we wish all players involved the very best for the new challenges they will face. Whilst in the Southern League Division 1 Tom Butler (’95-6), Gareth Tucker (1999-2000), Josh Cottrell (2000-1), Matt Clarke (’03-4) who had a pro contract with Swindon Town, James Glover (’06-7), Eddie Cavanagh (’07-8) and Jared Jones (’07-8) represented the club.

Didcot Town – Luke Carnell (’02-3), Jack Longford (’02-3), Leigh Bedwell (’04-5) who had two years on a pro contract at Swindon Town after completing his scholarship and played for the First Team in a League One match away to Preston in September 2012. During the 2018-19 season Leigh played for the England International C Team, for which he received his International caps. Matt Woodley (’06-7), Ross McDonald (’06-7), James Tanner (’09-10). The following played for the club’s Youth Team – Chris Hewitt, Ian Pinder, George Smith and Lewis Wilcox (all ’06-7). Sam Parish (’03-4) is coaching at the club. Paul Bedwell (’91-2) Paul played for a number of teams in the Southern League and in the summer of 2019 returned to Didcot Town as Assistant Manager.

North Leigh – Josh Dutton-Black (’97-9) Josh has returned from Australia and after playing for a number of Southern League sides has now joined North Leigh. Josh had a first year pro contract at Southampton, playing a number of games for the reserves. Adam Learoyd (1999-2000). Aaron Woodley (’03-4) Aaron made some first team appearances for Oxford United as a substitute. Eddie Cavanagh (’07-8) whilst at Oxford United during his scholarship he was on the subs bench a couple of times for the First team.

Thame United – Craig Hill (’05-6) Whilst at Aston Villa Craig was a regular member in the Youth Team, joined Thame after leaving Oxford City early in the 2017-8 season.

Thatcham Town – Stuart Cattell 1999-2000) who had a First Year Pro contract with Wycombe Wanderers. Jack Alexander (’07-8) Jack has played for the Under 18 Academy teams at Liverpool and Bristol City as well as representing Scotland at U16 international level. Sam Barder (’07-8)

Woodford United – Howard Forinton (’85-7) who also played for both Birmingham City and Peterborough United in the Football League. Howard attended Millbrook Primary School, playing for them in the Smith’s Sixes Finals at Wembley in 1987 and scoring a magnificent goal in one of the matches. In September 2012 Howard was appointed manager of Woodford United.

Banbury Town –  John Mills (2000-1) who in the season 2014-15 scored 57 goals for Didcot Town, winning a Golden Boot award in the process and in 2015-16 scored 53 goals for Hereford and also appeared as a second half substitute for Hereford at a Wembley in a cup final.

Havant & Waterlooville – Theo Lewis (’01-2) after a spell at the Chelsea Academy, Theo played for Cheltenham Town in the Football League for a few seasons. Has also played for Salisbury, Woking and Ebbsfleet.

Ebbsfleet United – Jack King (’94-6) After his release from Swansea City Academy he played for Didcot Town, Farnborough and Woking before joining League One side Preston North End in July 2012. He spent three seasons at Preston, scoring 10 goals in 102 appearances. In May 2015 he joined League One Club Scunthorpe United and moved onto League Two Stevenage in August 2016. He was released at the end of his contract in May 2018 and joined Ebbsfleet. Jack was the captain of the Vale team that played at Wembley in 1996 and were ESFA national runners-up in the Inter-Association 7-a-side competition.

Shrewsbury Town – Dean Whitehead (‘91-3). The Abingdon born midfielder was back in the Premier League for the season 2017-18 with Huddersfield Town, having made 185 league appearances for Sunderland and a total of 158 appearances for Stoke City, he made a total of 230 Premier League appearances. Prior to signing for Huddersfield, he was at Middlesbrough.On   31st December 2016, Dean captained Huddersfield Town on his 600th career appearance and 450th league start, he also collected his 117th yellow card. In his two years with the Vale, Dean made 58 appearances, scored 33 goals and didn’t receive any yellow or red cards. Dean was a pupil at Thameside Primary School. Dean retired at the end of the 2017-18 season and in November 2019 has taken a first team coaching role with the Shrewsbury.

Tottenham Hotspur – Matt Taylor (’91-3) In July 2019 Matt was appointed U 18 coach at the Tottenham Academy, having retired from playing at the end of the 2018-9 season. During his playing career he represented Luton Town, Portsmouth, Bolton Wanderers, West Ham United, Burnley, Northampton Town and Swindon Town, where he was player-coach in his final season. He made 742 first team appearances, of which 294 were in the Premier League, and scored a total of 94 goals, 41 of those scored in the Premier League. He also won 3 England U21 caps.He was a pupil at Rush Common School.

Other ex-Vale players who have been involved with professional clubs:

Nick Ward (’81-2) has been employed on the back-room staff at Hartlepool United.

Stuart Fisher (’83-4) at Oxford United who went on to play for Abingdon Town, Abingdon United and Oxford City

Richard Pierson (’87-8) announced his retirement in October 2012, during his career he has played in the Southern League with Didcot Town, Abingdon United and Oxford City, as well as playing for England U18s.

Nick Roberts (’87-8) was at Swindon Town Centre of Excellence and drafted into the first team squad for pre-season aged 16, where he played a handful of matches for the reserves alongside Micky Hazard and Swindon manager Glenn Hoddle. Although Nick was offered a YTS contract at Swindon and two other professional clubs he turned them down to go to University.

Ian Concannon (’88-9) who scored a record 285 goals for Didcot Town and played in the 3-2 FA Vase Final victory at White Hart Lane in 2005 against AFC Sudbury. He was the joint First Team Manager of Didcot Town FC in 2015 when they reached the FA Cup 1st Round for the first time, going out to League 2 Exeter City in a televised match from Didcot’s Loop Meadow ground. Ian holds the record for the most number of goals scored for the Vale in one season, 32 goals in 33 matches.

Paul Bedwell (’91-2), after playing for some time in the Southern League Paul was manager of Milton FC in the Hellenic League for a few seasons and in 2019 returned to that role.

Luke Prince (’91-2) had a first year pro contract at Aston Villa and later starred in an televised FA Cup game for Team Bath against Mansfield Town.

Jonathan Gardner (’92-3) played for a number of teams in the Southern League, Abingdon United, Banbury United, Oxford City and got as far as the home changing room at Didcot Town.

Graham Edney (’93-4) played for a number of teams in the Southern League.

Sean Rudd (’98-99) was doing well at Southampton until a serious knee injury interrupted his progress.

Luke Bennett (1999-2000) was making good progress as a scholar with Oxford United until he suffered serious knee injuries and after joining Banbury United and playing well in the First Team, the knee injury returned and curtailed his progress.

Martin Pike (’98-9) has been playing for Fencibles, in Auckland, New Zealand.

Jack Longford (’02-3) played for Didcot Town for a number of seasons in the Southern League.

Jacob Walcott (’02-3) had a spell at Reading as a youth team player and has also played in the Southern League.

Jack Barton (’04-5) had a pro contract with Aldershot Town when the club was in League 2.

Alexander Thomas (’06-7) at the age of 17, organised his own goalkeeping course in Harwell during the October/November half term holiday in 2012.  It was a great success and was reported on BBC local TV news.

James Clarke (’06-7) was released at the end of season 2013-14 by Oxford United after his two year scholarship.

Ashley Bayliss (’07-8) was a member of Aldershot Town Academy U18 squad which played a tournament in Nepal.

Sam Fletcher (‘9-10) was released by Swindon Town after his scholarship.

Jack Stanley (’09-10) was released by Swindon Town after his scholarship.

Harry Whitehead (’09-10) played a few games in the Southern League for Didcot Town.